Why Do God's People Sing?

Many churches have devoted large portions of their corporate worship time to singing. They've invested thousands upon thousands on sound systems, microphones, projection, and instruments so that every week you can stand in a room with a bunch of people and sing songs together.

As a worship leader I have spent my whole adult life studying the craft of leading God’s people in song with pastors, professors, and other worship leaders. Our favorite topic is almost always "worship is more than music."

So here’s what I want you to do, God helping you: Take your everyday, ordinary life—your sleeping, eating, going-to-work, and walking-around life—and place it before God as an offering. (Romans 12:1, Message)

So if worship encompasses everything from sleeping, eating, going to work, etc., why is singing in church such a big deal?

Here are 5 compelling reasons why congregational singing is not only permissible but vital to the life of the Church.

There are over 400 verses that refer to singing in worship in the Bible. And at least 50 of them are direct commands to sing to God in worship. Take Psalm 47 for example:

1 Clap your hands, all you peoples;

shout to God with a jubilant cry.

2 For the Lord, the Most High, is awe-inspiring,

a great King over the whole earth.

3 He subdues peoples under us

and nations under our feet.

4 He chooses for us our inheritance—

the pride of Jacob, whom he loves. Selah

5 God ascends among shouts of joy,

the Lord, with the sound of trumpets.

7 Sing a song of wisdom,

This is God’s word. He is literally telling us that we should express our worship to Him in song. The book of Psalms is packed full of prayers that were intended to be sung. But Psalms isn’t the only place where singing is used to bring glory to God. There are examples of singing all throughout scripture, but there is one verse in particular that I find especially compelling:

The Lord your God is among you,

a warrior who saves.

He will rejoice over you with gladness.

He will be quiet in his love.

He will delight in you with singing. (Zephaniah 3:17, CSB)

There’s some debate about whether this is a poetic metaphor. The great preacher Charles Surgeon was convinced that HE DID SING and I am inclined to agree. Can you imagine it? Yahweh, the creator of the universe, the One who made everything out of nothing, who hung the stars in the sky, the one who created the earth and everything living thing, the Father, Son, and Holy Spirit breaking into song and singing over the redeemed.

Congregational singing unites us in worship. Singing has always been something that communities have done together. It’s the reason why people love singing Christmas carols even as the religious foundations of Christmas become a distant memory to western culture.

Another great theologian, Dietrich Bonhoeffer, once wrote this about singing in worship:

“Why do Christians sing when they are together? The reason is quite simply, because in singing together it is possible for them to speak and pray the same word at the same time. In other words, because they can unite in the word.”

He goes on to say:

Singing words of truth has a formative effect on us, not just as individuals but as communities. Singing truth and scripture unites us and shapes us together.

16 Let the word of Christ dwell richly among you, in all wisdom teaching and admonishing one another through psalms, hymns, and spiritual songs, singing to God with gratitude in your hearts. (Colossians 3:16, CSB)

One of the great commands of scripture is to “remember”, and one of the purposes of memorizing scripture is growth in godliness. The problem with rote memorization is that it doesn’t work for everyone, but that doesn’t mean we shouldn’t try to memorize scripture, it just means some of us will learn God’s word better when it's set to a tune.

Have you ever heard an old song on the radio that you haven’t heard in years, and then find yourself singing along? Of course you have. There’s something about rhyme, rhythm, and pitch that that just sticks.

Its why children’s programming like Sesame Street and School House Rock are full of songs; its because singing aids memory.

Another aspect of using music to teach is that it also helps us process what we’re singing on a deeper level. It takes words of truth and pushes them past pure intellect into the core of who we are.

The kind of belief that comes from your heart.

The kind of belief that you cling to in difficult times.

And Christians have used songs as a source of worship and encouragement even in the very earliest days of the church. Case in point, in Acts 16:25 - Paul and Silas, while on one of their missionary journeys, were punished for casting a demon out of a young woman. So they were stripped naked, flogged, and then thrown in jail. Any ordinary person would have kept quiet and hoped they would be released, but Paul and Silas sang in worship.

There are hundreds of stories like this of persecuted Christians and martyrs singing songs and hymns even as they marched to the gallows. Its because singing truth can bring us comfort and strength. And if singing can strengthen them in the face of such persecution, what can it do for us?

Music is emotional. That is a fact. Neurologists have studied the effects of music on the brain and found that the regions that are most affected are those responsible for processing and expressing emotion. And music can be a tremendous tool for emotional healing. David, when he was still just a boy, played his lyre for King Saul. (Samuel 16). Saul was deeply troubled because he was no longer living within God’s will, and the only thing that could sooth his suffering was David’s skillful music. When David would play Saul felt better.

When God originally created us he made us in his image.

God has emotions, so he made us with emotions.

God is good, so our emotions were good.

But then something happened.

Sin happened and we became corrupted on every level.

And because of our fall, we often do not think, feel, or act as we were created to. We may feel anger about things that do not anger God, (like the weather). Or we may not feel anger about things that do anger God, (like greed). Thats where emotion and worship get a little tricky. Emotion is built in to who we are, but they can’t be trusted. Our emotions, like our minds, need to be redeemed. If we divorce our emotions from our worship then we are shutting Him out of that part of us. And God doesn’t just want part of us, He wants the whole thing.

Church leaders throughout history have struggled to determine the proper place for emotion in worship because of this tendency we have to let our emotions lead rather than truth.

Around 400 AD there was a great church father named Augustine who wrote about this very thing. He said when we worship in song:

”Our souls are moved and are more religiously and with a warmer devotion kindled to piety than if they are not so sung.”

So he recognized that when we are moved by a song the effect is not only seen in our emotions but also in a stronger desire to please God; “a devotion kindled to piety”. At the same time he could not give singing an unqualified endorsement. And he goes on to say:

“Yet when it happens to me that the music moves me more than the subject of the song, I confess myself to commit a sin deserving of punishment, and then I would prefer not to have heard the singer.”

Augustine, rightly, was concerned that beautiful music and emotion have the potential to become our focus when our focus should be on God. And when we focus more on something that isn’t God it becomes an idol. So let us sing, and express our hearts with passion, but let us do so with songs grounded in His word.

{5} Singing has ALWAYS been and ALWAYS WILL BE a part of worship.

4 Where were you when I established the earth?

Tell me, if you have understanding.

5 Who fixed its dimensions? Certainly you know!

Who stretched a measuring line across it?

6 What supports its foundations?

Or who laid its cornerstone

7 while the morning stars sang together

The story of Job can be a whole series of sermons or blog posts on its own but what we’re going to focus on is just that last verse. “While the morning stars sang together and all the sons of God shouted for joy.” This establishes that 1) God was praised through song well before we were even created and 2) that he was worshipped by the “sons of God”, meaning all the members of his heavenly court.

Remember reason #2? Singing is communal? Well, this passage tells us that we’re not the only ones singing and worshipping God. In fact, when we sing we’re joining in with all of heaven and earth. When we sing we join in with the angels and all of the heavenly host in an act that began before the foundations of the earth were laid and it continues to this day! And beyond that we will spend eternity praising God.

So lets take a look at at another account of heavenly worship. In Revelation 4, the Apostle John has been given a rare vision of what heaven is like. In this passage he is in the throne room, the seat of God’s authority. The floor is like a sea of pure glass or crystal and there are four heavenly beings called “living creatures” and day and night they never stop saying:

“Our Lord and God,

you are worthy to receive

glory and honor and power,

because you have created all things,

and by your will

They do this day and night.

They were doing this yesterday, and last night.

They’re doing now and they’ll do it tomorrow and every day after that.

And when we come together in praise we join in with them in song. We get to play a part in an eternal worship service to God. And I can’t wait for the day when I get to see that with my own eyes, but until then, I can get a glimpse of it. Every time the church gathers in worship, and sings praise to the God.

Chris Otterson serves as Worship Director at Central Church in Carroll, IA. Originally from St. Louis, MO, Chris also has a deep love of Memphis, TN where he received his Bachelor of Ministry from Visible Music College. 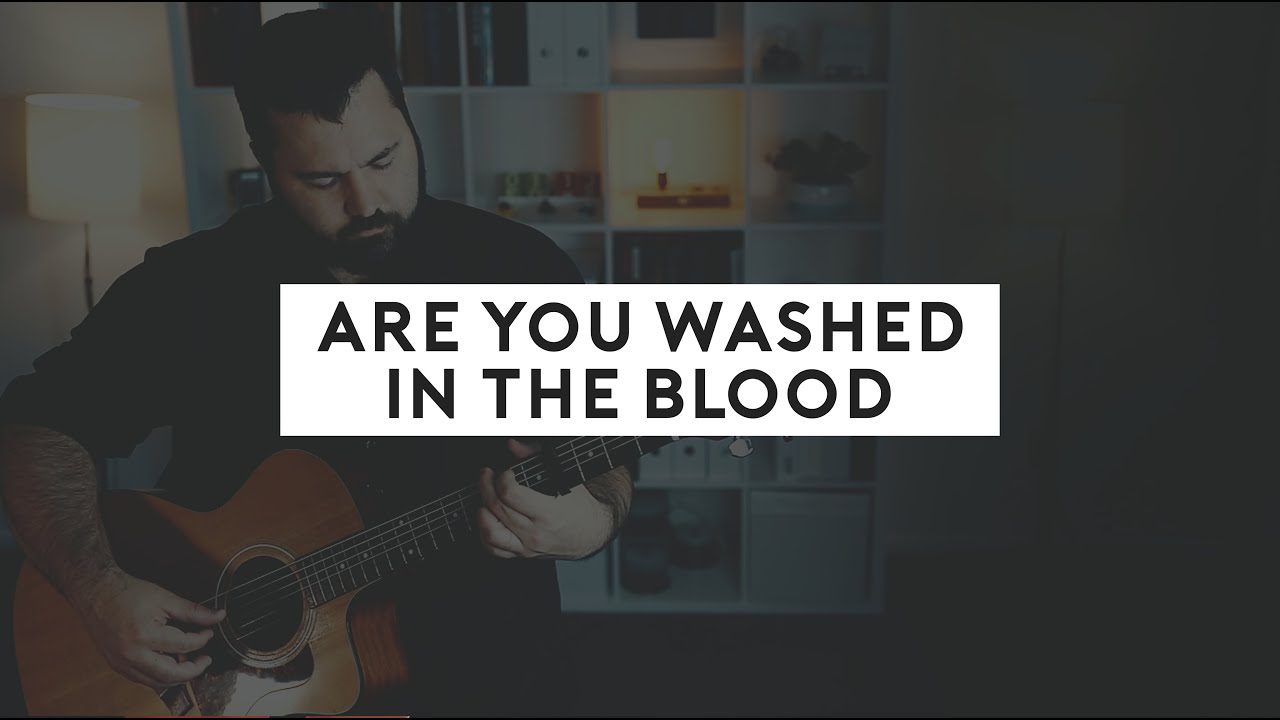 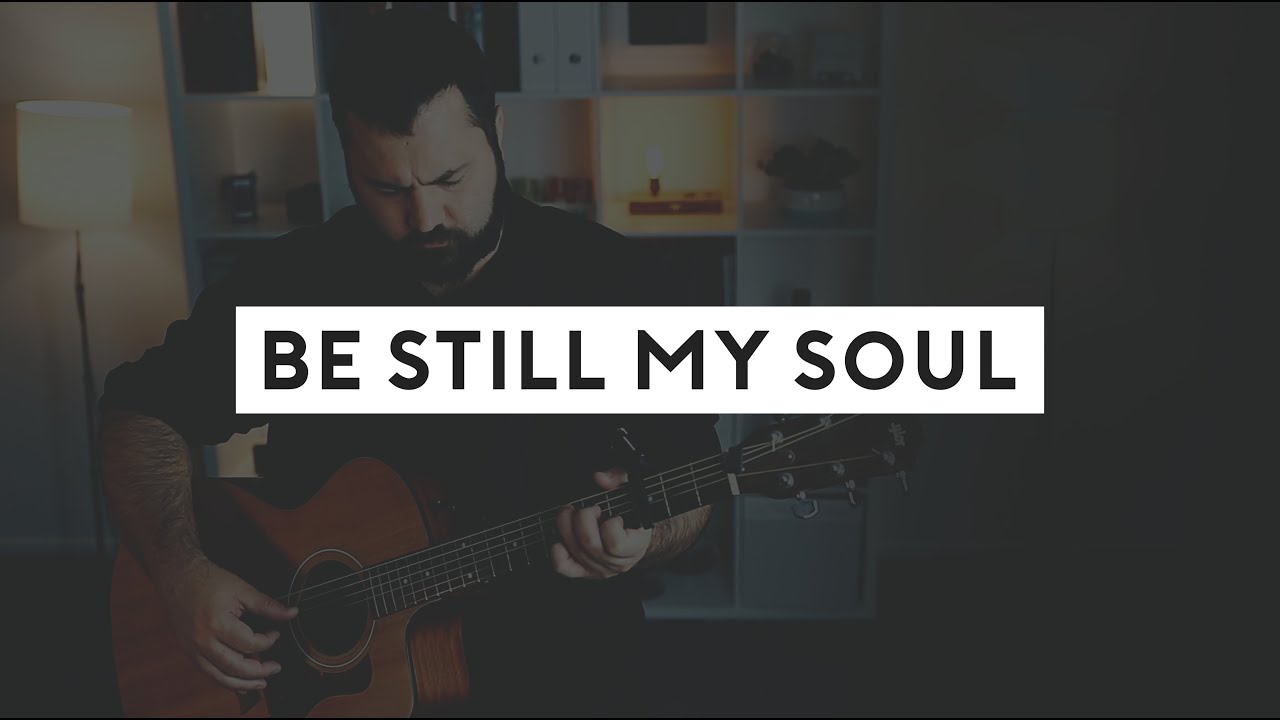